The Mark 1 (previously Mark I) is a computer hardware platform in development by NBS. It is the first and only fully-functional graphical computer capable of operating entirely on LSL. 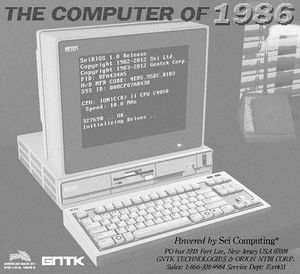 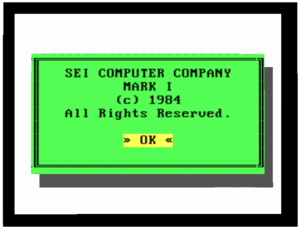 The Mark 1 was first spawned in December 2011 by Nelson Jenkins with assistance from Will Szymborska. The idea of an individual-character display was thrown around for years, but wasn't technically feasible until recently due to newer LSL functions and mesh construction possibilities. Adel Button assisted by designing the character display object, which was scripted in only a few hours late at night. The first design ever displayed on the Mark I display was a green SeiOS dialog box with a drop shadow. The casing and peripherals were made in the following weeks, along with the core of SeiOS.

As of 2016, the Mark 1 is being redesigned with a new case and a new operating system. The operating system will implement a more adaptable program manager so that the computer operates much more realistically.