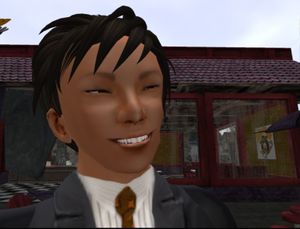 Pyo Minghuang was the owner of 'Pho Phuc Li', a Vietnamese restaurant located in the region 'FurRub' (commonly known as 'The City of Silverdale'. It was the first roleplay community region both Ac14 Hutson and Will Szymborska were partially responsible for building at which point, they met Pyo. Pyo's resturant was often full of 'live' chickens and was under tough scrutiny of the local health inspector. This lead to the shutdown of his original resturant several times, even earning him recognition on the frontpage of the 2009 NTBI publication 'The Silverdale Daily'. 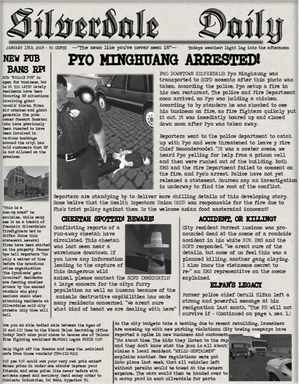 "Pyo in the news"

He later operated his restaurant in 2009 at SZYM Tower in Celaeno and was the staff cook for NTBI employee's. He is a recognized Roleplay Legend and entertainer as well as a all-round good guy.