The Astaro imperial is a large sedan style car (based on the Ford Crown Victoria) and focused primarily on police service role-play. The newest imperial is the third generation of imperial to be released.

From the marketplace listing.
"The Imperial is a must for any Roleplay or Non-Roleplay Police Department or Service. Its best in class Emergency Lighting, Advanced Radar and Custom Decal features as well as different themes make it a stand out as a universal and mutli-application vehicle.

Compared to the second generation. the new (3rd) generation features some redone sculpts and all remade textures, while maintaining its look. 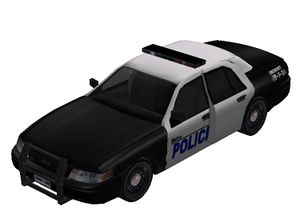 The first gen Astaro imperial was actually released under the SZYM name. The first version featured a crude resemblance to the real life Ford Crown Victoria, due to this many diehard crown vic fans held on the this model long after the second gen was already released. Nevertheless the first gen eventually faded from use due to the age of the scripting and textures. 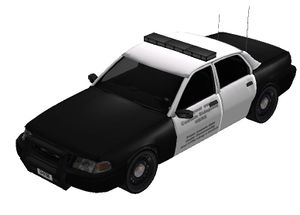 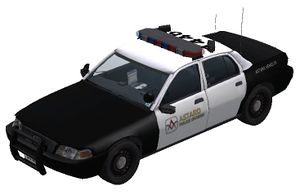 The third revision of the imperial features reworked sculpties to maximize the detail in the same number of prims. To cope with this change every texture on the car had to be remade from scratch. A new workflow was devolved to create textures and 41 themes were made over the course of 2 days.

During May of 2011 Both the Astaro Imperial and the Szym Intruder were going to be updated. As a PR stunt a voting booth was placed in prototype to see what car was more popular. During this time owners of either car could go and vote for what one they thought was the best.