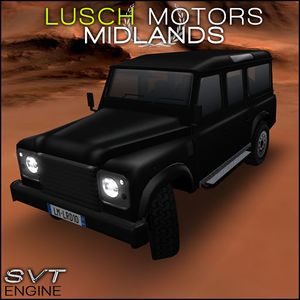 The Midlands is a vehicle created and sold by Lusch Motors. It was introduced in November 2010.

After the release, the demand for a 'short' version rose, and two weeks after the release, Lusch Motors updated the vehicle to include a 'shortback' version. There have been demands for a pickup version, but that is still on the 'to do' list of the creator 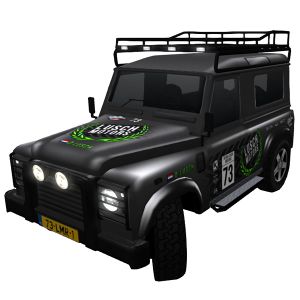 Owen Lusch won the Cross Grid Rally 2011 in a modified Lusch Motors Midlands Shortback. The modifications include: reduced scripting (doors, themes, passenger seats, steering wheel etc), increased power output (up to 150% versus the normal 100% throttle) and a prim with a texture.