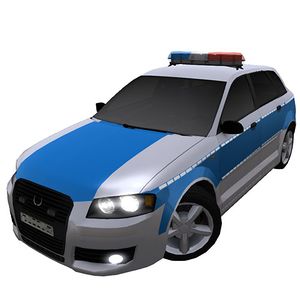 The Tempo is a vehicle created and sold by Lusch Motors. It was introduced in January 2012. The light bar and strobe lights are made by Ac14 Hutson and Nelson Jenkins.

The Tempo is the second full mesh vehicle made by Owen Lusch. The car has many customization features but still has a LI >32. Because it's mesh, it can be set to any color possible and have shine enabled without looking "like shit" (O. Lusch 2012) compared to sculpted cars with shine enabled.

Right after it's release the Tempo turned out to be highly successful. It rocketed itself up to the top among the best selling Lusch Motors vehicles.

There have been 3 updates for the Tempo. Most are small bug fixes. One update added two themes (as per request in a review on the Marketplace).