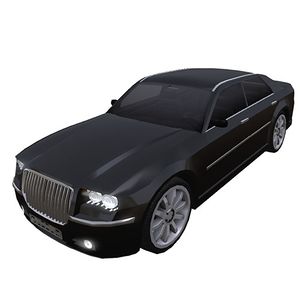 The Oakland is a vehicle created and sold by Lusch Motors. It was introduced in November 2011. Pre-release versions of the Oakland had the words 'V8 3.0 TDI' written on the back, suggesting it's based off a European diesel version. The text was removed and replaced by just 'Oakland' on the released vehicle.

The Oakland is the first full mesh vehicle sold by Lusch Motors. The body shows that the creator, Owen Lusch, was still learning about mesh.

The Oakland had limited features compared to other Lusch Motors cars, so the introduction price was set lower than on other new cars.