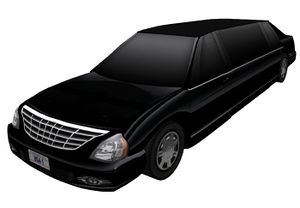 The Washington is a car created and formerly sold by Lusch Motors. It was released in February 2009. The Washington became a big commercial success and was the number one limousine in Second Life until SZYM Motors released it's Chancellor. A month before the release of the Chancellor, the sale of the Washington stopped.

The Washington was called a Lusch Motors classic because it featured pre-SVT scripting and the sculpts were made in AC3D.